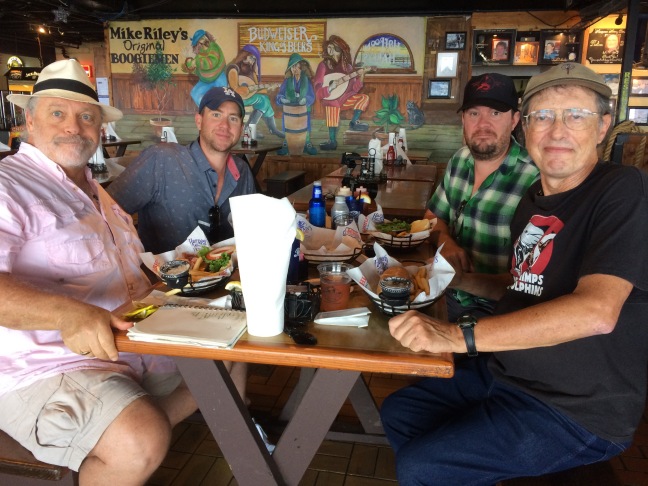 PUNTA GORDA, Fla. – Visitors to this city’s Ponce de Leon Park might have gotten an earful while they were wandering the mangrove boardwalks today. They might have heard Jeff Lindsay, the author of the bestselling “Dexter” series of suspense novels, interviewing Malcolm J. Brenner, who wrote and published his own novel, “Wet Goddess,” based on his 1971 love affair with a female dolphin.

Filming the conversation were camera operator Jeff Parker and director Matt Duff, both with Luau Studios, a small Los Angeles-based production company working on a reality TV show about strange and unusual people from Florida, the state Brenner and Lindsay both call home.

Co-producers Parker and Duff hope to sell the idea for the series to Critical Content, a new production company that has produced such hits as “Ice Lake Rebels,” “Late Night Chef Fight,” “Sex with Sunny Megatron” and “Catfish: The TV Show.”

Later, they were in Cape Coral, Lindsay’s home town, trying to film the man who danced on top of a police car last year, making Brenner one of only three subjects in the Luau Studios’ demo reel for this project.  Duff couldn’t say when the reality show might get the green light, but he hoped it would be soon.

Brenner was also filmed by British TV personality Tim Shaw in June for a similar production from TV4, but hasn’t heard any word on it yet.