Malcolm J. Brenner, author of “Wet Goddess” and “Growing Up In The Orgone Box,” recently returned from a quick trip to England, where he shot a promotional video for a new television series on Channel 4.

The interview series, to be titled “Tim Shaw Sleeps With…”, features people who have had extraordinary experiences.  The 10-minute video, called a “sizzler” in British TV terms, is intended to sell the idea to network video executives. Shaw (below) is a well-known British television and radio host, having worked at numerous programs over a 20-year career, during which he won several awards. 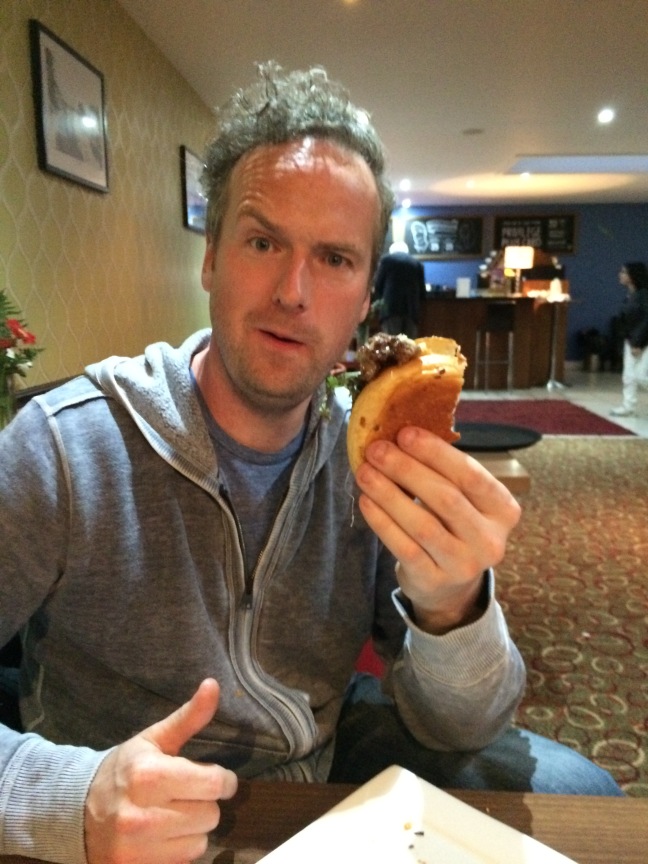 “Tim is a bit of a character,” Brenner said, “but then, so am I.  I was initially skeptical about this proposal, but after chatting with Tim a couple of times on Skype and further exchange of emails with his partner Christina Percival and other members of the production staff, I warmed to the idea.”

Shaw’s company, Boring Productions, paid for Brenner’s airfare, passport renewal and some tires for his car (so a friend could drive him to the airport in Tampa, Fla.). Brenner flew overnight to Chertsey, a small village near Runnymede outside London, spent one day recovering from his flight, then spent all day on June 27 filming.

“When I first arrived at the hotel I’d been booked into, it was 9:30 in the morning, and the desk clerk told me they wouldn’t have a room ready until 2 p.m.,” Brenner recalled. “However, when she realized I had nowhere else to go, she had a room ready for me in 20 minutes. They were very accommodating.”

Brenner took a walk through Chertsey, a pleasant village by the River Thames. Later that night, Shaw showed up.  “We had a good, face-to-face talk over dinner, and Tim described the format of the program to me,” Brenner said.  “It’s really quite original. It consists of Tim driving around in a camper van and interviewing his subject over the course of a day. We ate dinner together, and the last segment involved us bunking down for the night in the van.”

The teaser took a full twelve hours to shoot, but the crew wrapped up on time.  Brenner was happy with his appearance, and Shaw said he did very well with the long and at times confusing interview.  “Tim and I were on wireless microphones most of the time, so we would be talking about something else, like his car (a Nissan GT-R) and I sometimes wouldn’t realize filming had started,” Brenner recalled.

There were also technical difficulties.  “The location Tim had chosen, in a camping park on the edge of town, was beautiful visually, but right under the flight path for Gatwick Airport, so it was rather noisy.  We would have to stop filming about every three to five minutes because of a plane flying overhead! It must have driven Chris, our poor sound man, crazy. And Paul, the cinematographer, had problems with the rented tripod, which wasn’t quite steady enough, so he ended up shooting much of the footage handheld, which added to the spontaneity.” 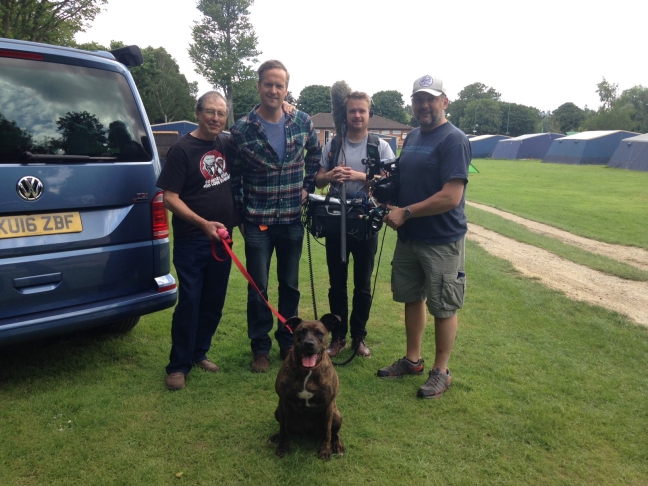 Portions of the interview were shot in the van, in the campground, an open field, and the bath house at the campground. Shaw asked questions about Brenner’s personal history that led to his zoophilia and about his experiences in the early 1970’s with Dolly the dolphin while attending New College of Florida.

“In the end, everybody seemed to be quite satisfied,” Brenner said.  “I’m eagerly anticipating the results of this shoot, because if Tim gets the funding he said he’d be coming to interview me in the U.S.A. next time, and I look forward to introducing him to some wild dolphins in Charlotte Harbor!” 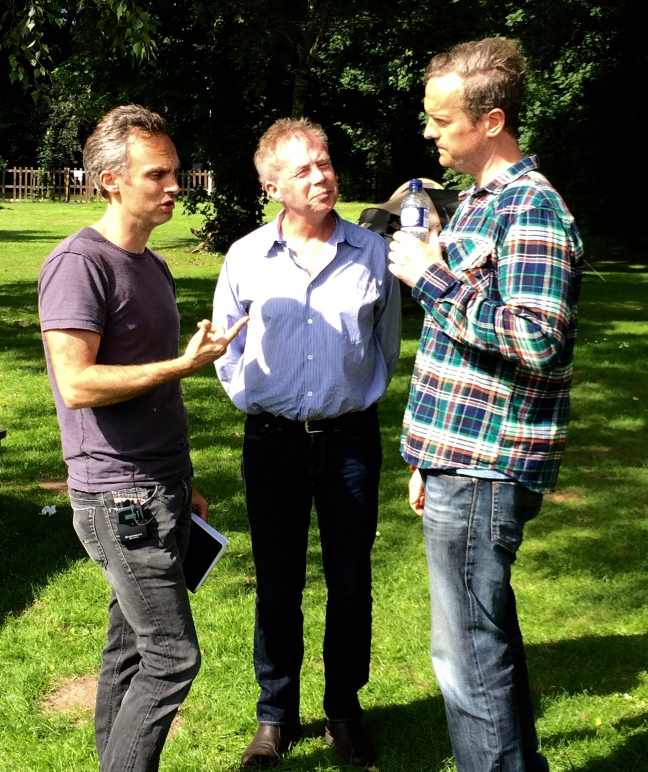 One thought on “Author stars in video “sizzler””