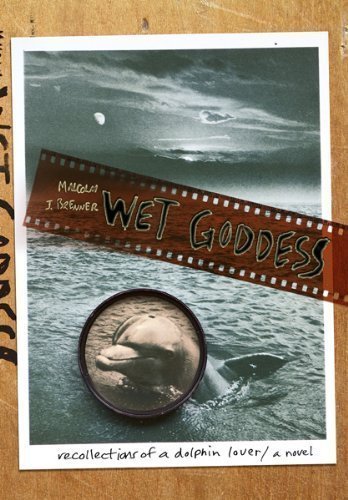 Attempts by American writer Malcolm J. Brenner and a young Russian translator to publish Brenner’s novel “Wet Goddess” in Russia have been blocked by that country’s inflexible anti-pornography law, the author said.

The law prohibits the publication of “pornography,” and defines any description of sexual contact between a human and a non-human animal as pornography, according to the translator, 27-year-old Anton R.  He lives in a large industrial city in western Russia.

The saga of the book’s Russian translation began in Sept. 2015, when Brenner received an e-mail from Anton describing his appreciation for the book and his effort to translate it into Russian so his family and friends could read it.

“I was deeply touched that anyone would go to so much trouble,” Brenner said.  “Because mistreatment of captive dolphins is common in Russia and other former Soviet client states, I immediately suggested that Anton try to publish it, without being aware of what the law in that country was.”

Anton tried several Russian literary agencies and conventional publishers without success, in many cases hearing nothing back.  Finally he found a publisher willing to take the book, “but it turned out to be a Russian vanity press, and they wanted $6,000 to print and distribute it,” Brenner said.  “Neither I nor Anton have that kind of money.”

Anton made a second attempt with Ridero, a self-publishing company for writers.  Brenner supplied authentication that he was the author of the work, and stipulated a 60/40 split of the profits for himself and Anton.  For his part, Anton spent hours laying out the manuscript according to Ridero’s guidelines.

When Anton submitted the book for moderation, it was rejected because of several scenes depicting sexual activity between the book’s first-person human narrator and the dolphin character.  An attempt by Anton to get the publisher to reconsider the book’s artistic and literary merits was met with a stubborn refusal.  “We are guided by the law and, unfortunately, we can not accept to publish a book with similar content,” Ridero said.

In the United States, the First Amendment guarantees freedom of speech, even for pornography, provided the subjects are consenting adults.  A long series of Supreme Court hearings have upheld this tradition, but nothing like it exists in Russia.

This has left both Brenner and translator Anton R. in the uncomfortable position of holding a piece of samizdat, an underground literary document which cannot be published for political or legal reasons.

“Clearly, ‘Wet Goddess’ is not pornography,” Brenner said.  “My intention in writing the book was to document the remarkable intelligence and emotional sophistication that dolphins possess, and to make a strong statement about the dangers of holding them in captivity.  The sole purpose of pornography is to titillate and arouse sexual desire.”