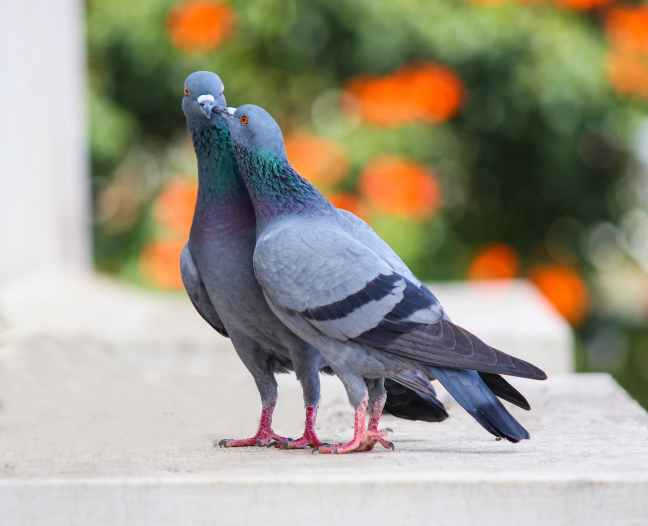 (Note: When I was upset and angry with a certain old-time dolphin researcher three weeks ago, my daughter persuaded me to express my feelings by writing “Adios, muchacho Randy, via con delfines!” by citing this story she wrote, her most popular piece to date. Thanks for letting me reprint it here, Thea!)

It was a regular Thursday afternoon, and the south sidewalk of Mid-Market near Chai Cafe was busy as usual. I, like many San Franciscans on any given day of the week, was quietly enjoying some delicious noodles. However, unlike most San Franciscans, I was interrupted when a complete stranger decided to spit at me. You.

This isn’t even me. This is some other pigeon, which you would know if you didn’t think we all look alike. (via Wikimedia Commons)

How do I know you’re a tech bro? Besides the statistical likelihood — you were a 20-something clean cut blond with a messenger bag walking from a place that specializes in chai but doesn’t have a single Indian inside, in the direction of Twitter headquarters — I can recognize faces. You probably didn’t know pigeons can recognize faces. We can. I see you every day hauling your laptop around and looking put upon because you’re almost 27 and you’re not a billionaire yet. Sorry San Francisco has been such a disappoint for you.

Would you even recognize me if you saw me again? I was that brilliantly colored iridescent bird with a noodle hanging out of my beak. Oh wait, you probably thought I was some kind of dark gray color because all humans are colorblind. Compared to pigeons, anyway. You probably didn’t realize that I can see millions more colors than you can thanks to my superior wavelength discrimination. You don’t even have a hexidecimal code for my most boring hues, bro.

Maybe you hate my kind because you think we’re “rats with wings.” Yeah, don’t think I haven’t heard the expression. I have. We all have. The rats aren’t crazy about it either, because it’s a double insult. You may be interested to know that, while we pigeons have a number of things in common with mammals that other vertebrates lack, like a four-chambered heart, a milk-like substance that we feed our young, and unshakeable noodle cravings, it’s convergent evolution. We came up with that shit on our own. My ancestors were ferocious predators bigger than your two-thousand-dollar-a-month SoMa studio while yours were scurrying through the underbrush eating beetle larvae. We’re not “rats with wings.” We’re dinosaurs with wings. You’re rats with messenger bags.

Or perhaps you hold a grudge against anyone who you deem useless to society. In case you haven’t noticed, no one’s hiring pigeons right now. But that hasn’t always been the case. Hopefully you’re not so ignorant that you haven’t heard of carrier pigeons, who dutifully carried messages around for humans for centuries. That’s right, bro. Facebook is like pigeons for computers. Your heroes aren’t sounding so innovative now, are they?

Speaking of heroes, pigeons have been decorated war heroes, often sacrificing their lives to defend your freedom. Think about that next time you spit at someone just because they eat their lunch on the sidewalk. They might be someone who literally risked their life and sanity so that you could code your still-no-Android-version app in English instead of Nazi.

I don’t know what the basis of your grudge is. But I do know that spitting at me would be a punishable offense if I were a human. It’s legally considered assault. And violent behavior toward animals is a known precursor to violent behavior toward your fellow humans. So maybe now is a good time to check that. Meditate on how humans and pigeons both have loved ones who worry about them when they don’t come home. (You probably didn’t know pigeons mate for life, either.)

So CTFO bro. Smoke some weed. Take your frustration out on your bug report, not on the fellow beings you share a sidewalk with.

PS. If you want to atone, you can donate time, money or noodles to Palomacy Pigeon & Dove Rescue. These normal, mentally healthy Bay Area humans actually help pigeons instead of spitting at them.

2 thoughts on “Open letter to the tech bro who spat at me, from that pigeon eating a noodle on Market Street”